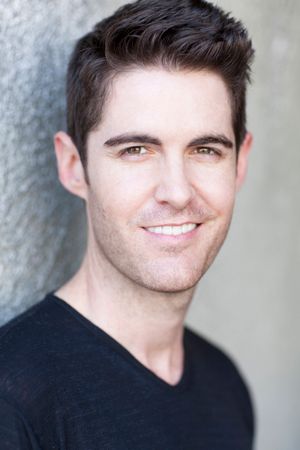 New York based Australian composer/lyricist, writer and performer Matthew Lee Robinson has won the UTAS Stephen Schwartz Songwriting Award, the Pratt Prize for Music Theatre, the Australia Council Music Fellowship and been nominated for a Helpmann Award for Best New Australian Work. He is a Churchill Fellow, prior Peer of the Australia Council for the Arts, and has been a writer in residence at the Goodspeed Johnny Mercer Writers Colony.

Most recently, Matthew sold an original animated musical feature film to DreamWorks Animation and engaged on the project as Creative Consultant. He is also collaborating with the team at Big Serious Studios, led by Happy Feet cinematographer David Peers, to create music and lyrics for an animated TV series in development. For the stage, Matthew is the composer/lyricist and co-book writer of ATLANTIS (Virginia Repertory Theatre) directed by Tony nominee Kristin Hanggi, and Black Box which has been developed in conjunction with Broadway Dreams. He is also the composer/lyricist of The Magic School Bus (TheaterWorksUSA national tour), the five time Helpmann-nominated musical Metro Street (State Theatre Company of South Australia, Daegu International Musical Festival) and Sing On Through Tomorrow (Neil Gooding Productions).

A graduate of the Western Australian Academy of Performing Arts, his on-screen acting credits include the Steven Spielberg/Tom Hanks teleseries The Pacific, the Fox 8 reality series The Singing Office, guest roles on Stingers and Blue Heelers and appearing opposite Mary Tyler Moore in the telemovie A Most Deadly Family. On stage, he has performed three roles for Opera Australia at the Sydney Opera House: Freddy Eynsford-Hill in My Fair Lady, Henrik in A Little Night Music and Frederic in The Pirates of Penzance. Matthew also appeared as the title role in Pippin (Peter Cousens' Kookaburra), Hortensio in Kiss Me Kate (The Production Company), Teague in the World Premiere of Australian play God's Last Acre (Playbox) and the original Australian cast of MAMMA MIA!